Chris Roelli is a fourth generation cheesemaker from Roelli Cheese Haus located just East of Shullsburg in the Southwest corner of Wisconsin.

His Great Grandfather emigrated from Switzerland and began making cheese in the early 1920’s, thereafter his Grandfather Walter and his father Dave continued in the tradition.

After the closing of their commodity cheddar factory in 1991, Chris reopened the small artisan factory in 2006. 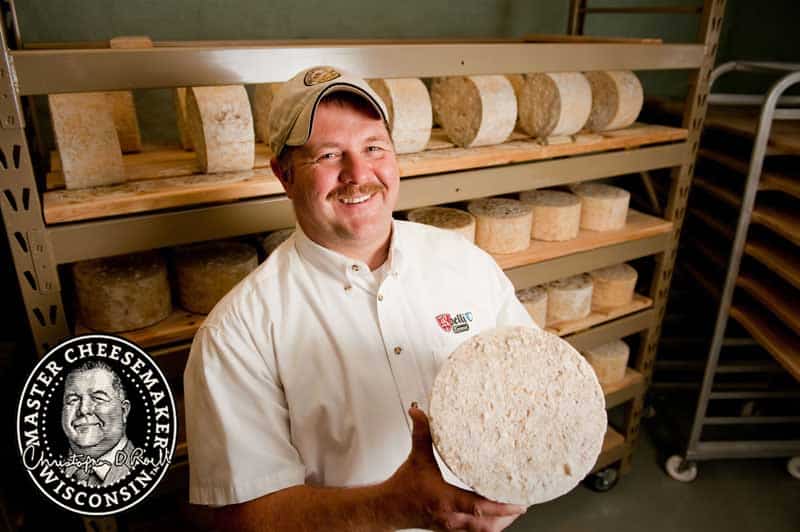 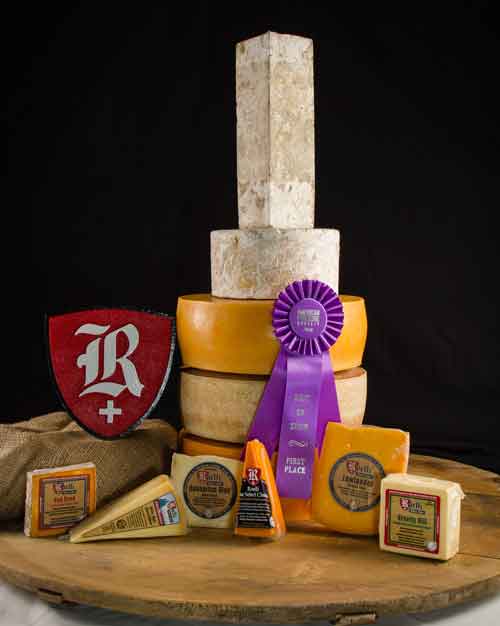 Chris is a partner in ownership of Roelli Cheese Co., Inc. which also includes a retail store and milk hauling business.  In 2012 he opened his own state of the art aging cellar that can hold one year’s worth of his production.

In 2015 Chris became one of Wisconsin’s distinguished Master Cheesemakers, his first certification in cheddar.  In 2018 he completed two additional Master certifications in blue-style and alpine-style cheeses.