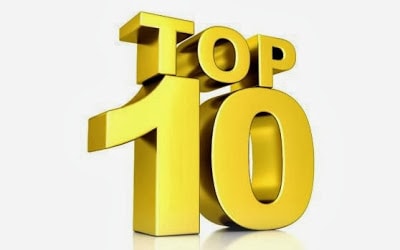 So if you’re like the rest of us cheese geeks, you’re either likely throwing a cheese-themed New Year’s Eve party, or you’ve been invited to a year-end shindig and asked to bring the requisite cheese plate. Looking for a little inspiration? Here are my top 10 cheeses of 2013.

10. Grand Cru Surchoix by the cheesemakers at Emmi Roth USA in Monroe. Aged at least nine months, this American Gruyere often beats its Swiss counterparts at international contests, and there’s good reason: this is an amazingly good cheese. Put it in the center of your board. It deserves the spotlight.

9. Cave Aged Marisa by cheesemaker Sid Cook at Carr Valley Cheese in LaValle. What do you get when you combine the cheesemaking prowess of master Sid Cook and the affinage ability of Jennifer Brozak at Bear Valley Affinage? A beauty like no other: this award-winning cheese has only gotten better in the past year, sporting a beautiful natural cave rind and delightfully crystal, crumbly paste. If you haven’t had this cheese in a while, it’s time to try it again.

8. Extra Aged Asiago by cheesemaker Mike Matucheski at Sartori in Antigo. I’ve got to admit, I usually overlook Asiago in favor of Parmesan. But this extra-aged delight stands on its own against any extra-aged parm. Crumbly, crystally and wonderfully nutty, Sartori’s Asiago rivals the Italian original.

7. Ewe Calf to be Kidding by cheesemaker Tony Hook, Hook’s Cheese in Mineral Point. What’s believed to be the first blue in the nation using a mixture of cow, goat and sheep’s milk cheese, this creamy, tangy blue beauty is a future best in show winner. It’s got a cute label too: who can resist animals with googly eyes?

6. Marieke Black Mustard Gouda by cheesemaker Marieke Penterman, Holland’s Family Cheese in Thorp. This month, the current U.S. Champion Cheesemaker and her family are moving into their new farmstead creamery operation two miles down the road from the original homestead. While this particular gouda is by no means new, it’s an underrated flavor perfect to liven up a cheese board. It’s a cheese with both beauty and brains = win win.

5. Water Buffalo Taleggio by cheesemaker Anna Landmark, Landmark Creamery in Albany. What started out as an experimental cheese ended up being one of the best American Original cheeses released this year by an up-and-comer. Anna crafts her cheeses at Cedar Grove Cheese in Plain, using seasonal milks. Watch for her water buffalo Taleggio to appear on the market again in spring.

4. Martone by cheesemaker Katie Hedrich, LaClare Farm in Pipe, Wis. Not yet even 30 years old, Hedrich has created another game-changing Wisconsin artisan cheese with her mixed milk Martone, a surface-ripened buttery bloomy made in small discs. This was a big year for Katie: she got married and worked with her family to open their own farmstead creamery. One gets the feeling this cheesemaker will be making this list every year with a different, new cheese.

3. LaVon Goat Brie by cheesemaker Todd Jaskolski, Caprine Supreme in Black Creek. After reeling from from a shoulder injury that limited his ability to make hard cheeses, Jaskolski reinvented himself and created two farmhouse French-style bries, one with goat’s milk and the other with cow’s milk. We like the goat version better – the citrusy tang of the goat’s milk adds a little zing to this classic cheese.

2. Rush Creek Reserve by cheesemaker Andy Hatch, Uplands Cheese in Dodgeville. A perpetual favorite, even though this year marks the fourth year of its existence, this cheese is the perfect beginning or ending to a holiday meal. Cut away the top rind and then spoon into the creamy paste. Spread on a fresh-baked rustic baguette. Pure bliss.

1. Little Mountain by cheesemaker Chris Roelli, Roelli Cheese in Shullsburg. 2013 was definitely Chris’ year – with dual wins for his cheeses at the U.S. Championship Cheese Contest and American Cheese Society, Chris finally received well-deserved accolades for his stellar cheesemaking ability. Little Mountain is one of the best alpine cheeses on the U.S. market, rivaling the great Swiss Gruyeres.