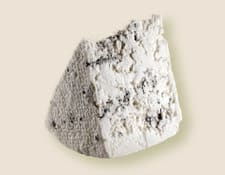 I returned from a quick trip to Milwaukee a few weeks ago with a remarkable cheese, an aged cheddar, sparsely shot with veins of blue mold. Dunbarton Blue, made by Roelli Cheese Haus in southwestern Shullsburg, Wisconsin, mashes up the sharp nuttiness of an English cheddar with a judicious but not insignificant spike of blue funk. Some have described it like a beginner’s blue, and while that’s easy to see, it also sells it a bit short. The first thing you think of is a Stilton—not as creamy, nor as pungent—but still with tons of character.

When I finally pulled my head out of the curds and took a look around, I realized that Dunbarton Blue is all over the place.

If you like this cheese as much as I do, consider it’s only going to get better at the end of the summer. Last week I got the chance to meet cheesemaker Chris Roelli at the World Cheese Championship in Madison. He told me that while each six-and-a-half-pound wheel ages about four months on cedar planks, right now they’re being made from pasteurized milk. That’s because when the cows aren’t feeding on grass, they’re eating silage, which produces gas and can introduce flavors that he needs to cook out. But come August, when the cheese is cheddared from pure grass-fed raw cow’s milk, it’ll take on many more layers of flavor. Roelli says he tinkered with the recipe for about a year before he was ready to start production. He aged his first wheels in the underground cheese bunker belonging to Willi Lehner of Bleu Mont Dairy. 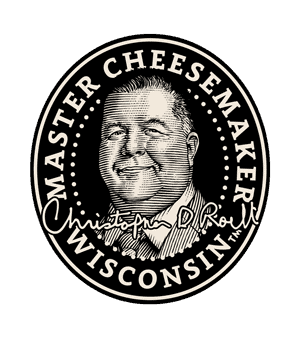